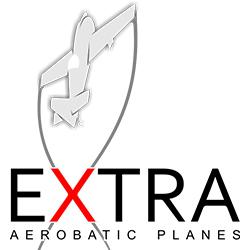 The Extra Flugzeugbau EA300 is a two-seat aerobatic monoplane capable of Unlimited category competition. It was designed in 1987 by Walter Extra, a German aerobatic pilot, and built by Extra Flugzeugbau.
Design of the Extra 300 was based on the Extra 230, an early 1980s monoplane having a wing made of wood. The Extra 300 has a welded steel tube fuselage covered in aluminium and fabric. The midset wing has a carbon fiber composite spar and carbon composite skins. A symmetrical airfoil, mounted with a zero angle of incidence, provides equal performance in both upright and inverted flight. The landing gear is fixed taildragger style with composite main legs and fiberglass wheel pants. The powerplant is a fuel-injected Lycoming AEIO-540 which produces 300 horsepower (224 kW).

The Extra 300 is stressed for ±10 G with one person on board and ±8 G with two. Some Extra 300s are certified in the experimental category in the U.S., while others are certified in the aerobatic category. The Extra 330SC is a Lycoming AEIO-580-powered single-seat aircraft with improved roll rate and easier roll stops, designed specifically for Unlimited category competition. It is the only single-seater aerobatic aircraft currently being built by Extra.

Every models have the same size, 300mm (12″) wingspan /or length. Kit is  produce  by FDM printer with high quality control before shipping.